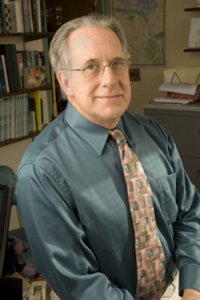 B.A. from Stanford University and his M.A. and Ph.D. from UCLA.  He taught at Carnegie Mellon University before coming to Rutgers in 1990.