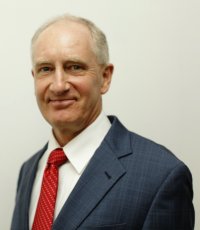 Dr. Davis is a Professor of Political Science at Rutgers University and past director of the University's Center for Middle Eastern Studies. His research has included the study of the relationship between state power and historical memory in modern Iraq, the political economy of Egyptian industrialization, the ideology and social bases of religious radical movements in Egypt and Israel, and the impact of oil wealth on the state and culture in Arab oil-producing countries. Dr. Davis has been appointed a fellow at the Hoover Institution, Stanford University; the Institute for Advanced Study, Berlin; the Shelby Cullom Davis Center for Historical Studies, Princeton University; the Center for the Critical Analysis of Contemporary Culture, Rutgers University, and the Rutgers Center for Historical Analysis. Dr. Davis was appointed a Carnegie Scholar for 2007-2008 by the Carnegie Corporation of New York.

Dr. Davis received his Ph.D from the University of Chicago.

Dr. Davis was a member of an eight nation study, Democracy and Development in the Arab World,” sponsored by the World Bank and the American University of Beirut, which resulted in the publication (with Bassam Yousif), “Iraq: Understanding Autocracy – Oil  and conflict in a historical and socio-political context,” in I. Elbadawi and S. Makdisi, Democracy in the Arab World –Explaining the Deficit, Routledge, 2011.

His research has involved the relationship between state power and historical memory in modern Iraq, the political economy of Egyptian industrialization as a case study of dependency theory, the impact of oil wealth on the state and culture in Arab oil-producing countries, the ideology and social bases of Islamic radical movements, and the comparison of Islamic and Jewish radical movements.

With grants from the US Institute of Peace and the American Academic Research Institute in Iraq, Dr. Davis conducted research on Arab and Kurdish Iraqi youth between the ages of 12 and 30 in 2010 and 2011 which is part of a 5 nation project on youth attitudes towards sectarian identities and democracy in the Middle East.  Dr. Davis is currently writing a book manuscript on the implications of the Arab uprisings for theories of democratic transitions and an article (with Ali Alhbabi) comparing the political impact of fatwas in Sunni and Shi’i Islam, with special reference to Iraq and Egypt.

Dr. Eric Davis is the Graduate Vice-Chair and Professor in the Political Science Department at Rutgers University. He specializes in comparative politics, democratic transitions, good governance, theories of political economy, historical memory and Middle East politics. He earned his Ph.D. from the University of Chicago. Among his publications are: Memories of State: Politics, History and Collective Identity in Modern Iraq (California, 2004), Challenging Colonialism: Bank Misr and Egyptian Industrialization, 1920-1941 (Princeton University Press, 1983), and Statecraft in the Middle East: Oil, Historical Memory and Popular Culture (with Nicolas Gavrielides) University of Florida Press, 1991
Powered by Community Builder