"Baker's Dozen" began in 1994 when Professor Ross Baker asked his teaching assistants to pick a dozen or so outstanding students who demonstrated a keen interest in American government to be part of an evening seminar at his home in which we would discuss the congressional election over pizza and soft drinks.

In 1998, he received money from a donor to expand the program to include on overnight visit to Washington, DC that featured visits with prominent members of Congress and political journalists. When those funds were exhausted, he raised money from a variety of sources so that the program could continue.

Over the years, members have met with both of New Jersey's senators and several members of the House of both parties along with Senate Judiciary Committee chairman Patrick Leahy and Senate Majority Leader Harry Reid.

Professor Baker has now set aside one place in the class for a veteran. This year it is former Marine Ricardo Sanchez.

On their most recent visit, they received a tour of the Capitol from the Historian of the Senate and were hosted at the Pentagon by Defense Secretary Chuck Hagel, pictured belowl. 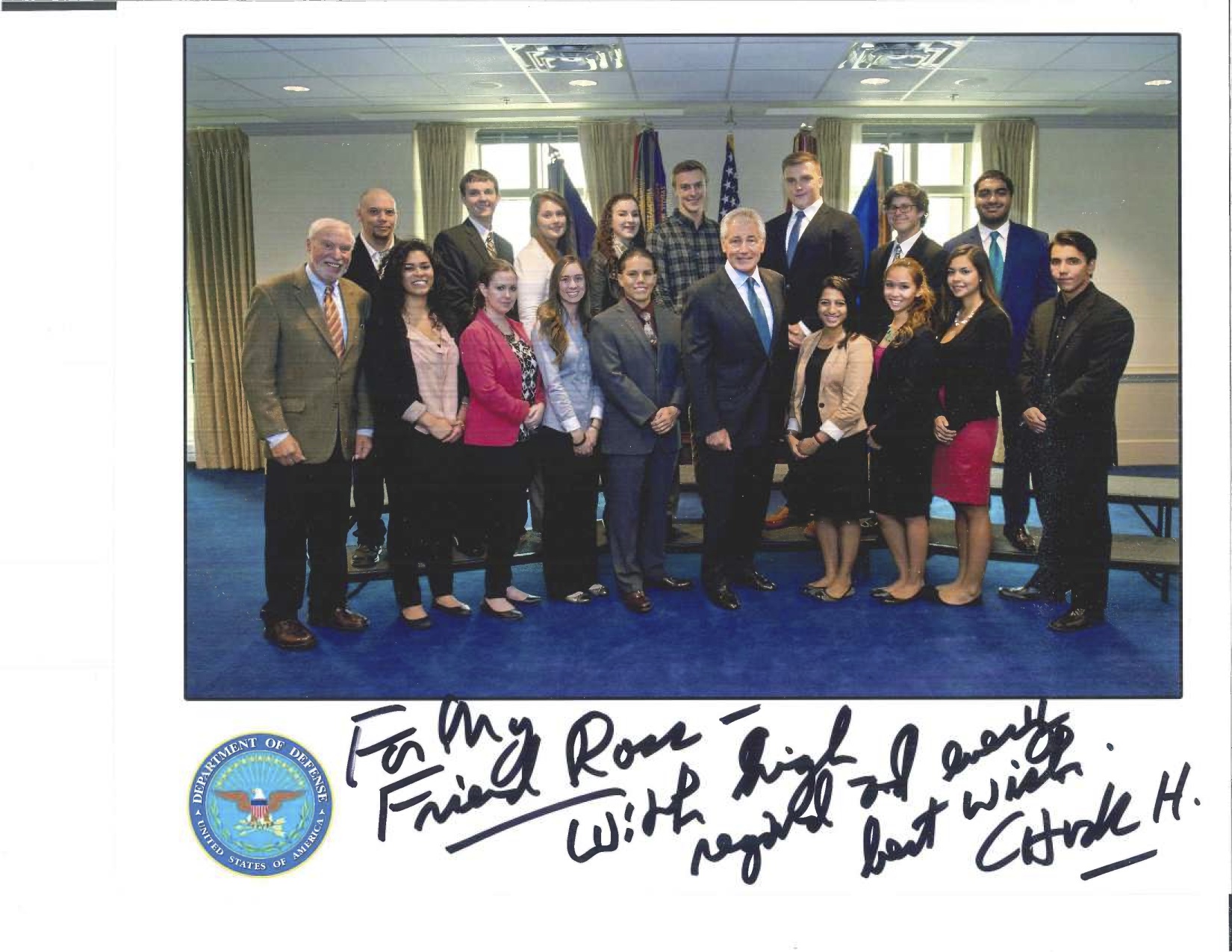